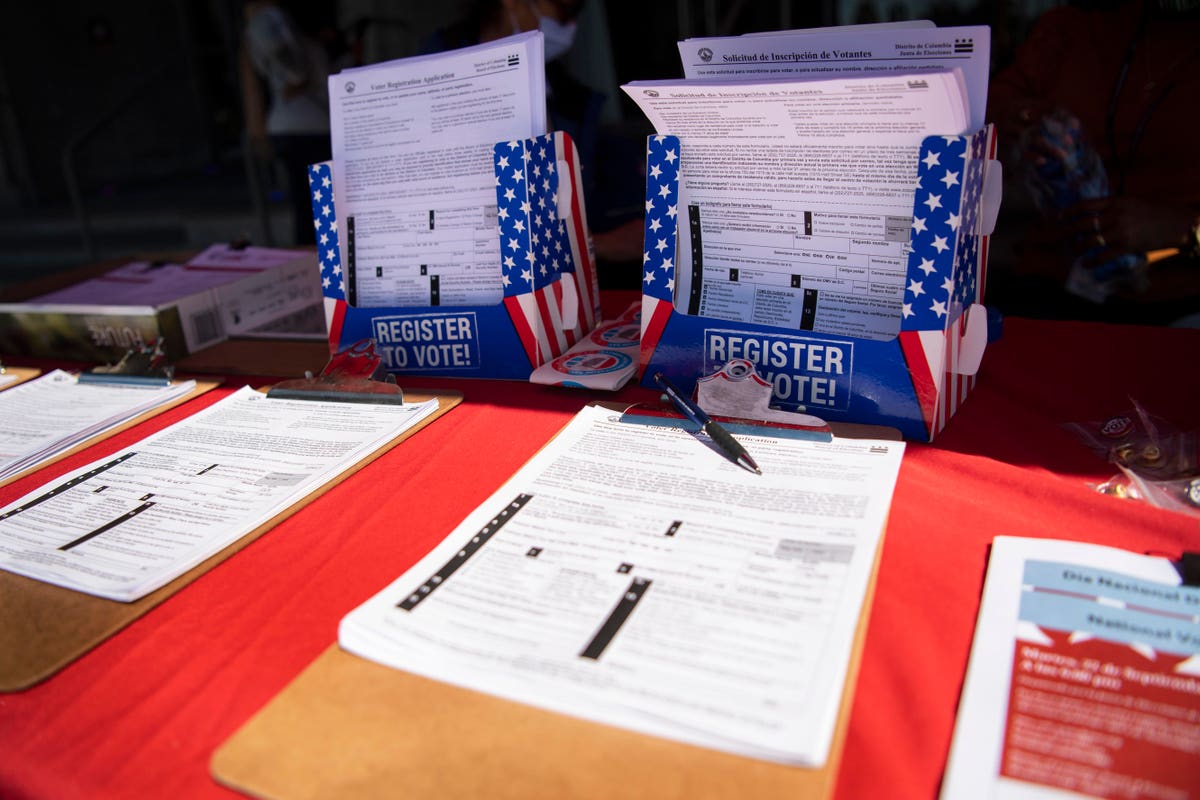 Election Day is a just over a month away and this year should present as much intrigue as ever, particularly as a global pandemic lingers.

A number of restaurant brands are incentivizing their employees to participate in the process, providing benefits like paid-time off to vote or registration resources.

There’s good reason for chains to encourage their employees to vote. The restaurant industry is the second largest private-sector employer–a big target to help promote the democratic process, particularly as a measly 56% of eligible Americans voted in the 2016 election.

Further, because of the industry’s size, an abundance of legislative policies directly affect these employees. Consider 2018, for example. During that election, nearly 20 states voted to increase their minimum wage.

Wage legislation is simply scratching the surface. A glance at the National Restaurant Association’s “front-burner issues” covers everything from joint-employer policy to health care for seasonal workers to immigration reform.

The idea to incentivize employees to vote isn’t necessarily new in general, let alone in the restaurant industry. In 2016, for example, Starbucks
teamed up with TurboVote to register its baristas and send them reminders.

But there are more involved this go-round. Seemingly, much more. In 2018, ElectionDay.org, which offers vote-friendly policies, had 150 companies sign up. So far this year, there are more than 700 companies on board. Among those companies are restaurant brands like Sweetgreen, CAVA, &pizza, Farm Burger and Southern Cross Coffee. Time To Vote, another corporate voting initiative, has over 1,100 companies on board this year. Restaurants on this list include the Barcelona Wine Bar, Black Rooster Taqueria, CAVA (again), Earls Kitchen and Bar, Laughing Planet, Lemonade Restaurant Group, Loretta’s Good Food Deli, Modern Market Eatery, San Chez Bistro, Sweetgreen (again), The Fifty/50 Restaurant Group and more.

That Cava and Sweetgreen are on both lists underscores just how meaningful this effort is for some restaurant brands.

Cava’s commitment includes offering badged poll workers a free meal, offering paid-time off to all hourly and salaried employees to cast their vote, and sharing election resources with employees.

Sweetgreen is providing up to three hours of paid-time off for all hourly employees both on Election Day and for early voting. The company has also created a custom Sweetgreen registration portal that is accessible by QR code and multiple touchpoints in its restaurants. Sweetgreen has also hosted a speaker series, webinars and more to education employees on “voting in the time of coronavirus.”

Just this week, Mod Pizza announced its 2020 voter engagement initiative, “MOD the Vote.”  It includes time off to vote; a voter resource page with links to registration, eligibility, deadlines and state-by-state polling details; a “Mod the Vote” stamp on every pizza box to encourage customers to visit its resource site; and first-person voter stories on the company’s social platforms.

In a press release, co-founders Scott and Ally Svenson noted that 74% of MOD’s employees are under the age of 24, and many are first-time voters.

“We strongly believe that every voice deserves to be heard and voting is one of the most powerful ways to create the future you want to see … this initiative is intended to uplift and empower our Squads to ensure their voices are heard,” they said.

&pizza is taking things a step further, closing all of its 37 stores on Nov. 3 for Election Day, with paid-time off for employees. In a news release, the company said it is “determined to make it as frictionless an experience as possible by removing work-related impediments and closing shop operations for the day.”

The company, which employs 700 people, also offers three days of paid time off for employees to participate in “activism of their choosing.” Additionally, &pizza is adding voter registration portals at its stores and on its website. All of this is part of the company’s Vote It Out campaign.

&pizza’s comprehensive voting efforts seem to have inspired Pincho Burgers and Kebabs to do something as well. In a LinkedIn post, Pincho co-founder and CEO Otto Othman thanked &pizza’s CEO Michael Lastoria and COO Andy Hooper for their friendship while announcing his own company’s paid-time off to vote.

“We are proud to encourage our team to perform their civic duty and not have to choose between work and working,” Othman wrote. He added that Lastoria and Hooper “always remind me that no matter how small we are as a brand, we should always challenge the status quo and that we will always do good by doing good.”

It’s not just the small players getting out the vote, however. Noodles & Company
is granting one hour of paid-time off to vote and has also created an online resource library for employees with information such as how to vote and polling locations.

In a release, CEO Dave Boennighausen said voting is about more than just electing a candidate: “It’s about supporting policies and initiatives that are important to you, as well as choosing the right people to represent you and your interests.”

Starbucks is a bit of a pioneer here, and has been encouraging voter participation for years. Earlier this month, the company started offering customers voter registration resources through its FuelOurDemocracy.com website and its app. The site includes a number of ways to get involved, including as a volunteer poll worker. Starbucks also promises its employees they will have time to vote and that it will support efforts to ensure safe voting amid COVID-19.

In a letter to employees, CEO Kevin Johnson wrote, “No partner will have to choose between working their shift or voting on or before election day. We’ll ensure you have the tools and time necessary to register and cast your vote.”

Restaurant giant Yum Brands
, parent company of KFC, Taco Bell, Pizza Hut and Habit Burger, has partnered with Rock the Vote, a nonpartisan nonprofit “dedicated to building the political power of young people.” The company employs over 80,000 people who, thanks to this partnership, have access to registration information, reminders, location details and more. Yum is also offering paid-time off to vote to corporate employees and company-owned restaurant employees.

In a letter to Yum’s employees, CEO David Gibbs wrote, “Civic engagement can create the society we want to live in. It’s a way we can each unlock opportunity and shape our future … The choice is yours, and I hope that you’ll make it as we all deserve for our voices to be equally heard.”

THE TRUTH ABOUT MY PHOBIA
Here’s How To Turn COVID Quarantine Into An Epicurean Retreat
Scenes from 5 of the best autumn road trips around the world
Best new cookbooks for hunkering down during the pandemic
Potluck With Purpose: New Mentorship Network By Startup CEOs Connects CPG Leaders With BIPOC Talent