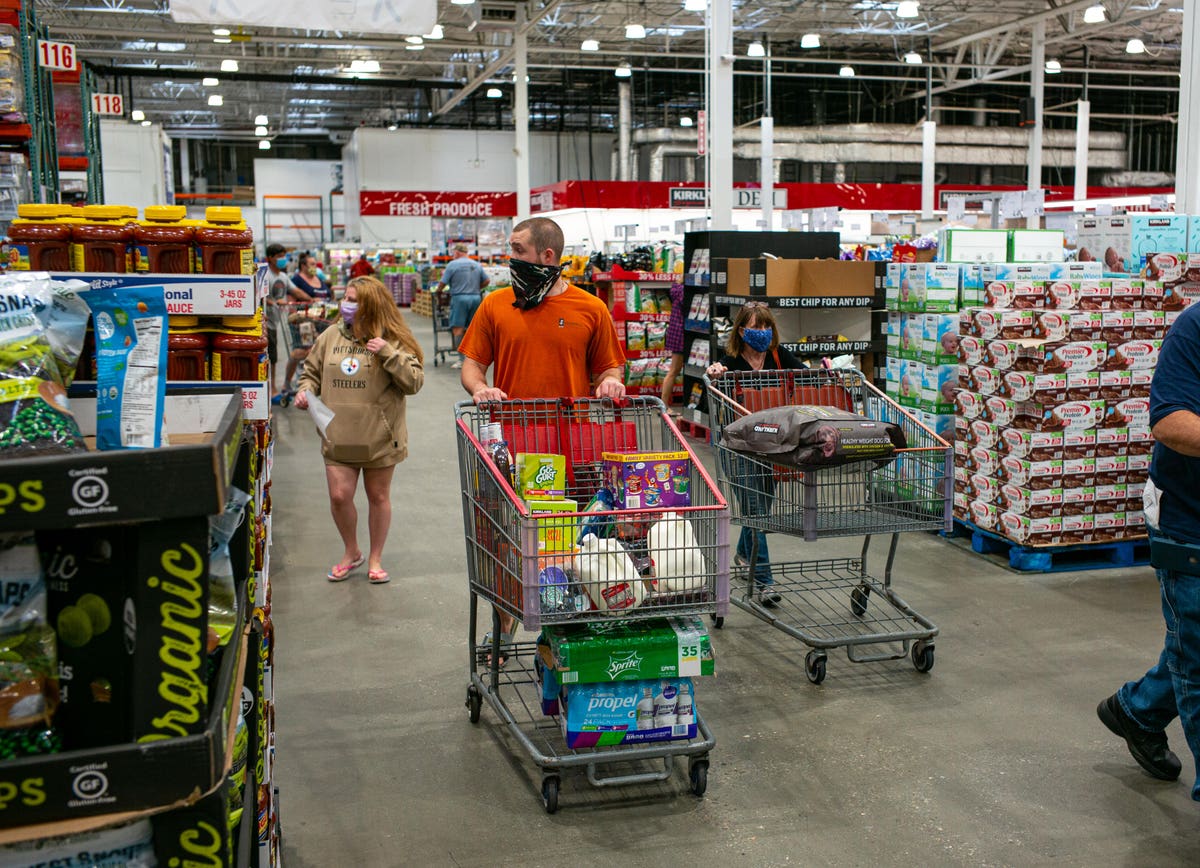 On Costco’s nearly 90-minute earnings call Thursday evening, management was asked why it doesn’t have online order for in-store or curbside pickup of grocery and other general-merchandise items—a key pitch of other retailers from Walmart
and Target
to Kroger
and Amazon’s
Whole Food
s.

“It’s not on our priority list,” Richard Galanti, Costco’s finance chief, said on the call. “Our sales are stronger than ever. We are good at pivoting (if the need ever arises.)”

(Costco only has in-store pickups for some electronics and jewelry items).

Months after the coronavirus pandemic led consumers to line up outside its membership warehouses to stock up on grocery and other items, demand at the largest membership warehouse club remains well above industry average. In the quarter that ended Aug. 30, comparable-sales, excluding the impact of gasoline sales and foreign currency translations, jumped nearly 14% in the U.S., its largest market with 552 warehouse clubs.

More consumers visited the stores in the U.S. and spent more per transaction.

“People are feeling safe coming in,” Galanti said, adding customer traffic has picked up “dramatically” in July and August.

What’s also noteworthy: customers were there not only to buy fresh foods and other grocery items. They were also purchasing non-essential items such as outdoor patio furniture and clothing, a trend Costco expects to last. “We are retaining more of their dollars even when they go back to dining and other things,” he said.

Worldwide, where Costco has a total of 795 warehouses in countries that also include Canada, Spain, Korea and Taiwan, same-store sales topped 14%. Online sales surged 91% and would have more than doubled if same-day third-party grocery delivery by Instacart was also included, Galanti said.

Ecommerce sales totaled about 8% of the business (and 10% including third-party deliveries), up from 5% a year earlier. Like other retailers, Costco also has seen a surge in demand for same-day grocery delivery while online sales of big and bulky items such as exercise equipment and lawn furniture also have increased.

“Prospects continue to look bright for (Costco) and we can’t think of another name that is better prepared to play both offense and defense in today’s fluid backdrop,” Gordon Haskett analyst Chuck Grom said in a report. Costco pricing items at a markup of only 14% to 15% above costs is “a strategy that continues to pay dividends,” he said.

So is its treasure hunt environment that features unusual finds such as Taiwanese mochi glutinous rice cake treats.

Profit surged 27% to $1.39 billion even as it spent $281 million in pre-tax costs tied to Covid-19-led wage hikes and sanitation costs. Gross margin widened, thanks in part to strong demand for fresh grocery that led to fewer products being spoiled, Galanti said.

Costco will continue to pay workers an additional $2 an hour in the first eight weeks of this quarter, the finance chief said. He also said supplies of items from meat products to sanitizers are no longer an issue with disinfecting wipes and latex gloves the only exceptions.

Related on Forbes: Even as cities reopen, restaurants are being hammered by the coronavirus

THE TRUTH ABOUT MY PHOBIA
The Cape, A Thompson Hotel Reinvents the Luxury Getaway in Cabo San Lucas
Sweet Tooth Tips: Great Way To Still Enjoy Italy From Afar
Kevin O’Leary says give stimulus to the people who need it, not ‘zombie companies’
Scenes from 5 of the best autumn road trips around the world