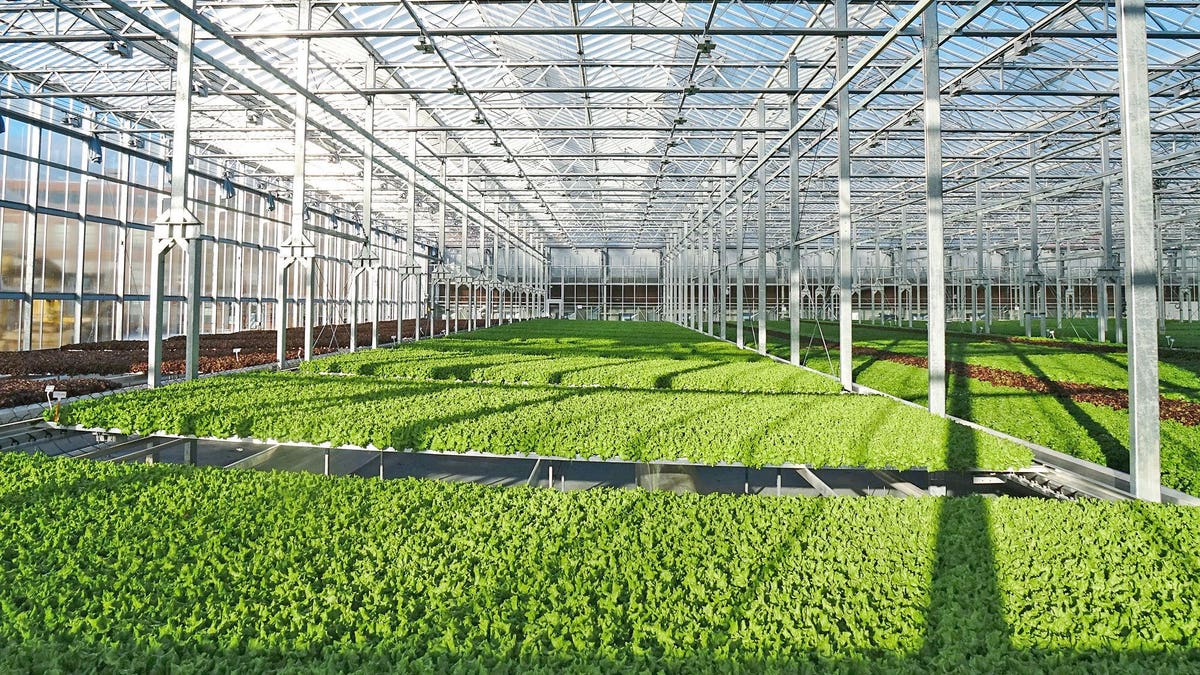 The global population is predicted to reach 9.7 billion by 2050, and to feed everyone, it’s estimated that global food production will need to increase by up to 70% in the next 30 years.

There are many challenges to overcome before fears of a worldwide food shortage can be allayed, including rising temperatures and more frequent droughts caused by global warming. These obstacles are making traditional farming methods increasingly inefficient and unpredictable.

Traditional farming has also been hit hard by the COVID-19 pandemic. According to the FAO, border closures, quarantines and disruptions to supply chains are limiting some people’s access to food, especially in countries hit hard by the virus or already affected by high levels of food insecurity.

There’s an emerging consensus that the agriculture industry needs to adapt to use less water and chemicals, make crops less vulnerable to changes in the climate, and produce more reliable yields. Part of the answer may lie in the emerging start-ups growing produce in indoor environments, where growing conditions can be better managed.

The indoor farming technology market was valued at $23.75 billion in 2016, and is projected to reach $40.25 billion by 2022. Yields are typically much higher than traditional farming methods. Crops from indoor farming are grown in three dimensions, rather than two – and can be grown all year round, independent of external weather conditions.

One of Square Roots’ indoor farms, for example, produces the same amount of food as a two- or three-acre farm annually, just from 340 square feet. This yield is achieved by growing plants at 90 degrees, and by using artificial intelligence (AI) to ensure the environment is optimal for each specific plant, including the day and night temperatures and amount of CO2 needed.

Not only could indoor farming help adapt to a warming planet, but it has the potential to help slow down climate change by being more sustainable – using less water and producing fewer emissions. While estimates vary widely, according to the United States Environmental Protection Agency, agriculture accounted for 10% of all greenhouse gas emissions in 2018; it is also highly dependent on, and a pollutant of, water.

Square Roots’ pop-up farms are built in shipping containers in cities, often in parking lots. They serve local communities, which mean reduced emissions compared to traditional agriculture, which often involves transporting food much further. For example, it has 10 farms in Brooklyn that serve 100 retail stores all within five miles of the farm.

At the Plenty headquarters in South San Francisco, leafy greens use up one percent of the land and five percent of the water compared to traditional outdoor farms, says Matt Barnard, the start-up’s Chief Executive Officer and Co-Founder.

AeroFarms’ indoor farm in New Jersey grows greens including baby kale, baby arugula and baby watercress using 95% less water than conventional agriculture on just one percent of the land required. The crops grow under LED light with no pesticides and a fraction of the fertilizer used on traditional farms.

“This is a transformational innovation for agriculture at large,” she says, “as access to freshwater for growing food is one of the most pressing challenges of our time.”

As well as fewer miles and less water, indoor farming doesn’t require pesticides. This is better for the environment and human health as it eliminates the risk of water contamination due to run-off, and is in line with increasing consumer demand for non-GMO produce.

Plenty eliminates the need for pesticides with LED lights, which are synced with the crop’s growth, Barnard says, to provide the ideal spectrums and exposure and minimize energy usage.

“Our sensor system ensures each plant gets exactly the amount of purified water it needs, and any excess water is recycled through a closed loop irrigation system resulting in greatly reduced water consumption and zero waste,” he says.

Other farms are using nanobubble technology, such as Moleaer, which has allowed more than 100 indoor farms to connect their irrigation systems to generators that provide oxygen via sub-micron gas-containing cavities to the plant’s roots to provide chemical-free water. These nanobubbles result in healthier roots, more resilient plants and increasing crop yields, says Nick Dyner, CEO of Moleaer.

“Our oxygen transfer efficiency provides the most cost-effective solution to elevate oxygen levels in the water, which in turn promotes beneficial bacteria and root development,” he says.

The company is also working on a new NASA-approved space farming research project, exploring how astronauts on the International Space Station can grow their own food in microgravity using nanobubble technology.

There are concerns that it’s an expensive investment, but Dyner says Moleaer has various systems so it’s accessible to all sizes of indoor farms, high- and low-tech. Some products do, however, require growers to connect an external source of oxygen, which must come from a gas supply company or an onsite oxygen generator, which Moleaer provides.

“In many cases, traditional farmers may have more to gain by using our technology, since the capital investment is significantly less than the most advanced growing technologies available today, which are often out of a typical farmer’s budget,” Dyner says.

“Nanobubble technology is a cost-effective, chemical-free and scalable solution that allows growers to increase crop yields and shorten cultivation time – which will be much needed to feed our growing population in the future.”

“If you’re a new young farmer at Square Roots, our app will guide you through what to do; what’s growing, what state is in it, what do we need to do today based on where things are in the growth cycle. Through our app and our training program we’re able to bring new people into our team, even folks with zero horticulture experience, and get them ready to go in about six weeks.”

But despite being an emerging option for youth in the city, Barnard predicts most will remain traditional farmers.

“The world still needs the field and will need the field forever. We support the field by growing in addition to the field. Over time, [indoor] farming systems will become more accessible and affordable. Both field and indoor farming will be necessary to support global food demand.”

Viraj Puri, Co-Founder and CEO of Gotham Greens, a pioneer in urban indoor agriculture that operates over 500,000 square feet greenhouses in 5 U.S. states, echoes this sentiment: “Growing produce indoors certainly has an increasing role to play in the future of sustainable food production. While indoor farming may not represent the future of all fresh produce production, for certain types of crops such as tomatoes, cucumbers, leafy greens and herbs, it will become more prevalent. Customers are increasingly recognizing the reliability, consistency and high quality of greenhouse-grown produce that’s grown in close proximity to large population centers using fewer natural resources. Other agricultural commodities like grains or fruits or root vegetables, however, can’t yet be produced.”

However, Dyner predicts that, eventually, the majority of agriculture will move to indoors, in vertical farms— the practice of growing crops in vertically stacked layers—in urban areas.

“These settings enable traditional farming to shift to controlled growing conditions, using new technology and automation, and reducing the risk of exposure to harsh climate conditions,” he says.

Start-ups like Square Roots, Plenty, and AeroFarms currently practice vertical farming, which is a form of indoor farming that relies on artificial lighting such as LEDs instead of drawing on natural sunlight.

Other indoor farming companies like Gotham Greens grow produce in high-tech glass-clad greenhouses that primarily rely on natural sunlight for plant photosynthesis. According to Puri: “vertical farming is a more nascent technology within the indoor farming sector and the costs of running a vertical farm with artificial lighting and air conditioning is currently not as cost effective as relying on natural sunlight in greenhouses.”

“Greenhouse indoor farming technology has been in operation globally for 20 to 30 years and is proven to be commercially viable. That being said, the costs around artificial lighting and other vertical farming technologies have been coming down significantly in the past few years,” he adds.

Nonetheless, indoor farm technology start-ups, broadly speaking, don’t see themselves as disruptive, but as being on the same side of traditional farms, for the wider cause.

“The common enemy is the industrial food system, shipping food from one part of the world to the other, rather than locally produced food,” Peggs says.

Indoor farms don’t work in competition with each other, either; they work collaboratively by forming a network that shares data. For example, AeroFarms is collecting data on a research project with the non-profit Foundation for Food & Agriculture Research to understand the sensory and nutrition characteristics of leafy greens for the benefit of the entire agriculture industry.

However traditional and AI-based indoor farming work together in the future, there’s little doubt that indoor farming is helping to meet the needs of a growing global population and support traditional farming, which is both at the mercy of, and exacerbating, a warming planet. Only one method will find itself in space – but there’s space for them both.