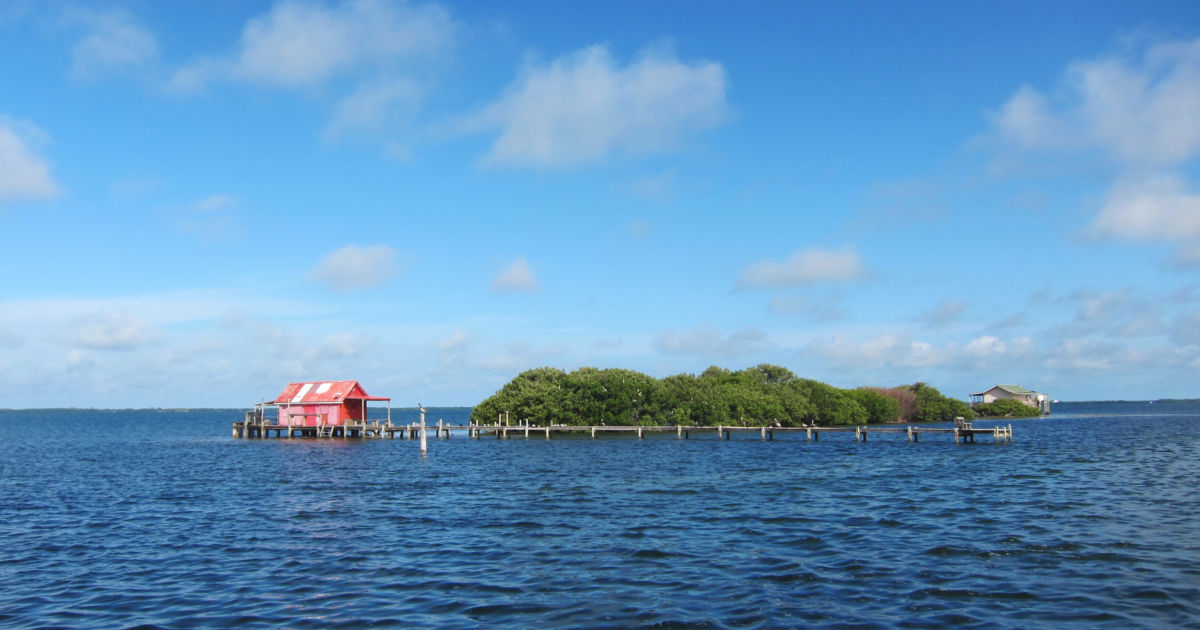 Sunset-gazing and beach walks are only the beginning of the story on the 150-plus islands that make up southwest Florida’s coast.

Famous for vast wildlife preserves, leafy mangroves, world-class tarpon fishing, stellar seashells, and a laid-back way of life, Sanibel Island and its surrounding cays attract an array of vacationers, from regular beach-loving folks to high-profile visitors such as former FBI director Robert Mueller and the rapper Pitbull. The non-human residents are pretty spectacular, too: schools of dolphins leap above the shimmering waters, and friendly manatees have been known to brush up against moving kayaks out of playful curiosity. 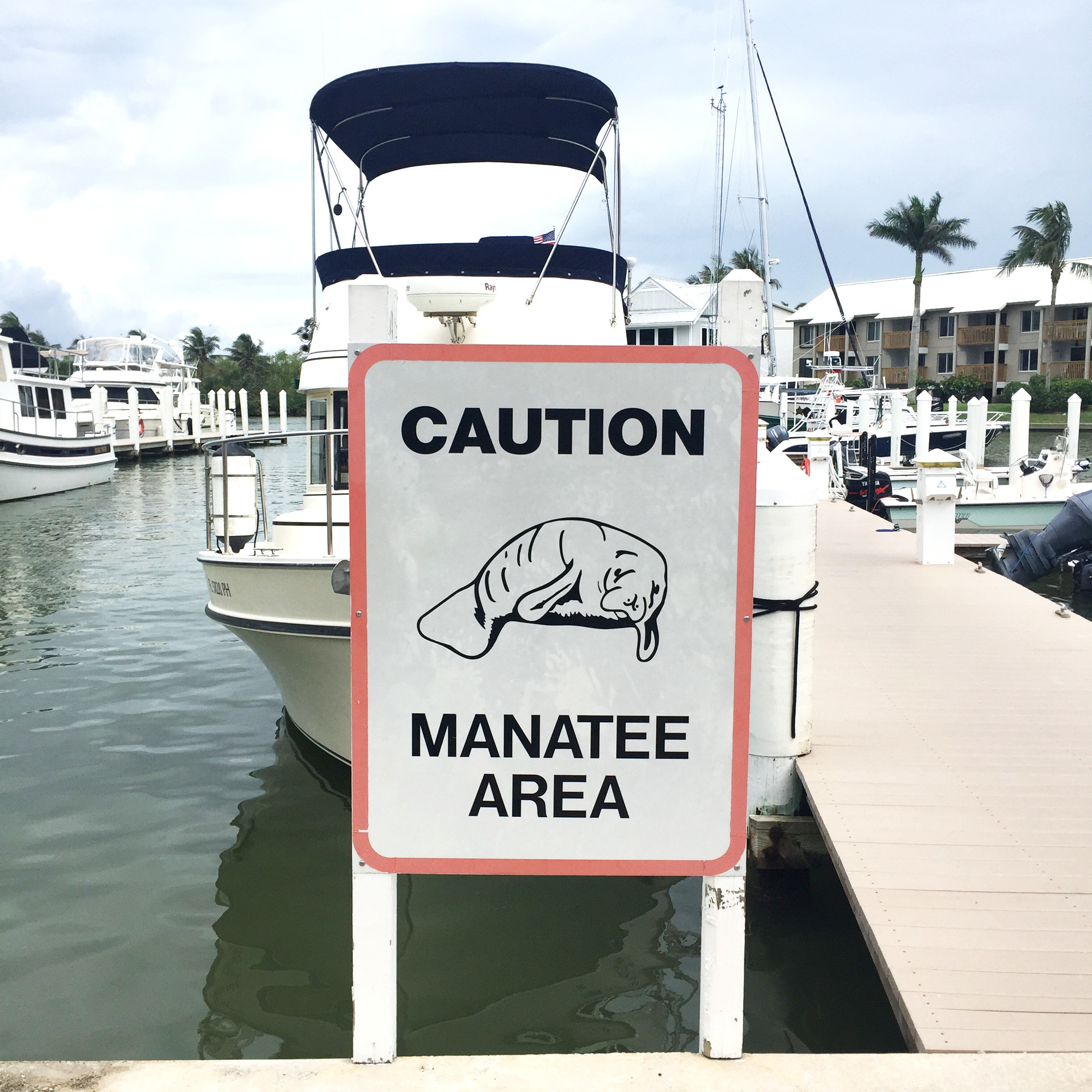 Sanibel is also a plum post-retirement destination for what locals call “PIPs” — previously important people (think: ex-CEOs) looking to pump the brakes after pressure-cooker careers. The area’s conservation-first mindset has a pleasant side effect for those who yearn to detox from technology and the daily grind: There are no stoplights on Sanibel Island, cell phone service isn’t exactly a guarantee, and no structure can be built higher than a palm tree.

Sound enticing? This exclusive island paradise is accessible at any budget, especially if you’re a road tripper willing to toss bicycles into a hatchback and strap kayaks to the roof. Here’s our guide to the best the area has to offer. 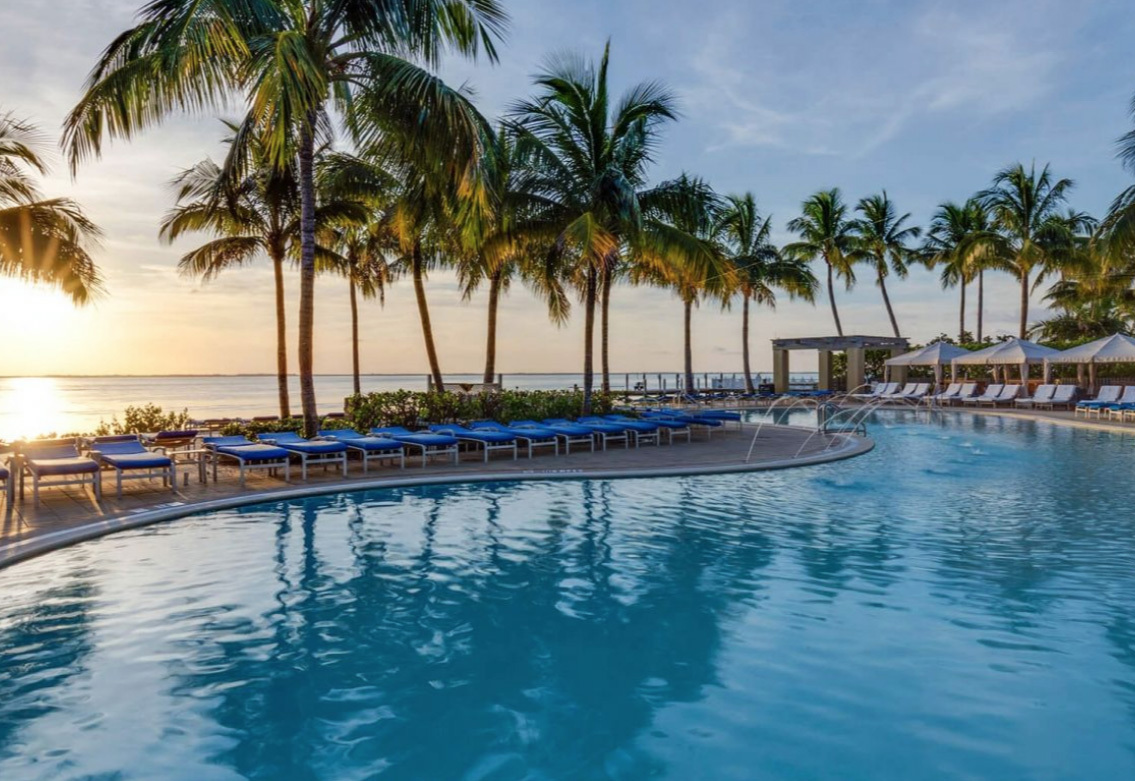 Make your home base a standard villa with a full kitchen at a beach resort that has a slew of amenities, including golf courses, spas, restaurants, and marinas. Preparing your own meals and taking advantage of the free and cheap perks (more on that in a minute) are keys to planning a wallet-friendly trip. Pro grocery tips: To save big, hit the Publix Super Market at Sanibel Beach Place in Fort Myers before crossing the Sanibel Causeway Bridge onto Sanibel Island ($6 toll, free return trip). Or buy local at Bailey’s General Store on Sanibel Island, where you can shop in person or pick up an advance online order. Either way, you’ll save cash and not miss out on the area’s seafood, like seasonal stone crabs and mussels from Bailey’s and local pink shrimp, flounder, and grouper sold at Publix.

For an upscale, family-friendly, large-resort feel, splurge on a stay at the sprawling South Seas Island Resort (from $200 per night) on Captiva Island. Its two and a half miles of private beaches, along with beach chair and umbrella rentals, three pools with two waterslides, 11 tennis courts, and island trolley, are free to use. Rooms have full kitchens, and gas grills and picnic tables are available by the pools and marina for your own personal barbecues. To quickly stock up on food and drinks midway through your stay, there’s a grocery store/deli on the property.

On Sanibel Island proper, Sundial Beach Resort & Spa (from $219 per night) has beach-chic down pat, with bright-white furnishings, full kitchens, and island-themed decor. There are five heated swimming pools and lots of complimentary offerings, like kayaks, paddleboards, and bikes, as well as equipment for pickleball and volleyball. And there’s no shortage of activities for kids. Locals have repeatedly voted Sundial “Best Staycation,” so you know it’s clutch.

Back on Captiva, Tween Waters Inn (from $108 per night) offers guestrooms with mini fridges, modern studios with mini kitchens, and suites with full kitchens. If you’re feeling flush, book an entire historic pastel-painted seaside cottage. Once you’re settled in, choose your poolside vibe: the Play Pool, the Serenity Pool, or two hot whirlpools. A quick trip across the street takes you to the inn’s private beach, replete with a volleyball court and complimentary kayaks. Beach chairs and umbrellas are an extra charge.

Bring your binoculars to J.N. Ding Darling National Wildlife Refuge, or ask for a free pair—you won’t want to miss the spectacle of ospreys, yellow-crowned night herons, and roseate spoonbills here in their natural state, especially at low tide, when the birds are most visible as they hunt for food. For bragging rights, try to spot the elusive mangrove cuckoo. It’s seen so rarely that if you do catch a glimpse, even the locals will be jealous. Hike or bike the refuge’s Indigo Trail boardwalks ($1 per person), or grab the gang and motor down the four-mile Wildlife Drive ($5 per vehicle, $1 per pedestrian or cyclist). The 100-acre Bailey Tract of interior wetland is free to enter and explore. Kayaking, canoeing, stand-up paddle boarding, fishing, and boating are allowed in some areas, as long as you follow the refuge’s rules. 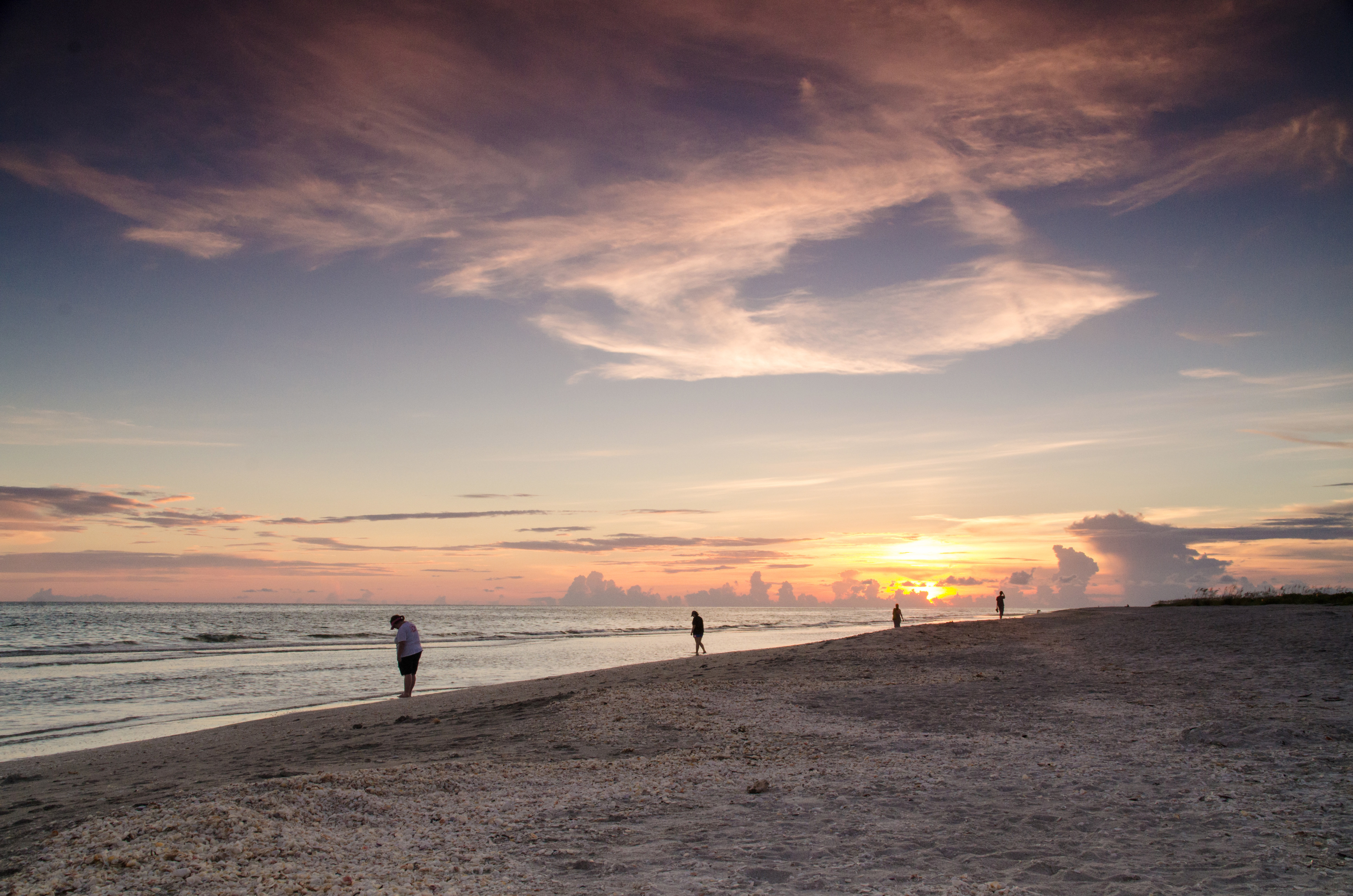 Locals report that Jimmy Buffett wrote “Cheeseburger in Paradise” after eating a particularly tasty one at Cabbage Key Inn & Restaurant on Cabbage Key, in Pine Island Sound. Now’s your chance to do as Buffett did. Hop a water taxi with Island Girl Charters (from $29) to get there, then order a Cabbage Key Hamburger with cheese ($13.25) and a “cold draught beer,” even though the brews technically come in cans (from $4.69).

4. Go On A Shoreline Treasure Hunt

Shells in dazzling colors wash ashore every day thanks to the islands’ unique geographic position, making the area a collector’s paradise. Prepare for the best seashell-collecting experience of your life by investing in Sanibel & Captiva Shells and Beach Life ($8), an in-depth, waterproof, illustrated guide to the area’s shells and where to find them. Then start combing: Turner Beach, on Captiva Island, and Blind Pass Beach, on Sanibel Island, are two of the best public spots for shelling. Experts recommend venturing out the hour before and the hour after low tide, when the odds of nabbing good and rare shells are highest. Or opt for an after-dark excursion, a secret the pros swear by.

5. Learn from Locals (Even the Feathered Ones) 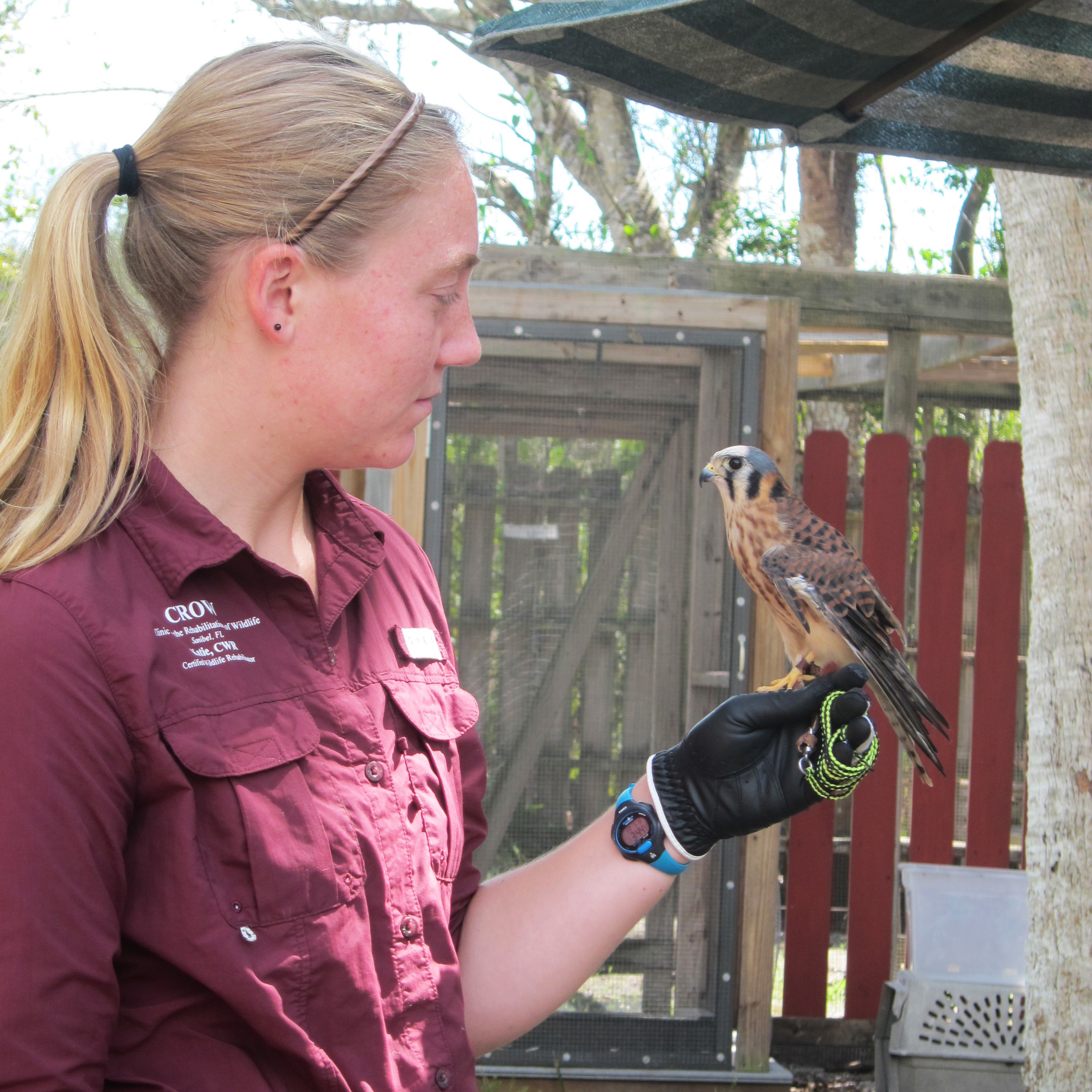 CROW wildlife rehabilitator Katie Mueller holds Lola the American Kestrel, one of the clinic’s ambassador animals. Lola has an irreparable broken wing, so she lives at the clinic rather than in the wild. (Jamie Beckman)

At Sanibel Island’s Clinic for the Rehabilitation of Wildlife ($7 for kids, $12 for adults), animal lovers can watch veterinarians and medical interns save creatures in dire straits, like owls who’ve been hit by cars, turtles with broken shells, or seabirds who’ve been accidentally hooked by a fishing line. Meanwhile, kids can hang out with the education center’s “animal ambassadors,” like Billy, a curious nine-banded armadillo who sometimes emerges to scamper freely indoors under the watchful eyes of his caretakers. You’ll need to register in advance to tour the hospital, so make sure you plan ahead.

Need a break from the kids? Drop them off for a few hours at Sanibel Sea School (from $55 per child), where they’ll learn to surf in shallow waves and get a thorough ocean education while they’re at it. Family programs, including stand-up paddle boarding excursions and shell walks, are also available.

Wander through the ceiling-scraping stacks at Gene’s Books for best-sellers and obscure genre finds. The quaint, mystery-heavy indie store has beach reads galore at deep overstock discounts, many of the titles organized into ultra-specific categories like Scandinavian Mystery, Italian Mystery, and much more.

6. Soak Up the Setting Sun

Or post up alfresco at Mucky Duck, a local favorite on Captiva Island, with a slice of icy homemade key lime pie ($7) and a CoronaRita (a margarita with a mini Corona bottle flipped upside down into it), and watch the big orange ball fade away.

No matter where you’re doing the viewing, look for the “green flash” at sundown – it’s an optical effect that happens right when the sun sinks below the horizon.

Sanibel Island isn’t necessarily known for its bargains – resort fees can be particularly high – so it’s worth taking the time to hunt for good deals on accommodations. Keep an eye out for promotions, and consider booking and paying in advance for the best rates. Summer is the least expensive time to visit the area’s islands; just be aware that temps can creep high in those months.

The Overnight: What to do in Tampa if you’re not a beach person
Media mogul Barry Diller blasts Expedia’s corporate culture: ‘It was all life and no work’
LOST CITY OF THE INCAS
11 Travel Hacks That You Can Actually Use
Maui’s Magical Hideaway Creating Romantic & Serene Escapes For Lovers